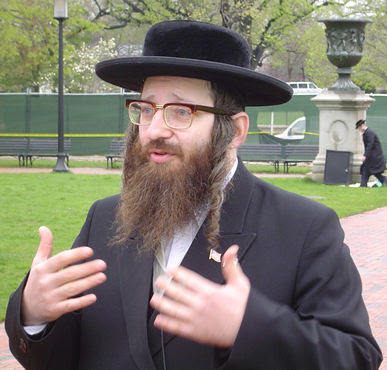 Below are excerpts of the letter addressed to Dr. Mamoud Al-Zahar:

“We speak to you as the voice and the messengers of true Jewry — the Jewish people, true to the Almighty’s Torah, from around the world. Although we are limited in the means of expressing our deepest and true feelings, by the barriers of words, nevertheless, the Jewish people humbly offer to you and all of Gaza and the entire Palestine, a few words, to attempt to convey our deepest sorrow and heartfelt sympathy that we all feel for you, in this present tragic and traumatic time.

Great pain and sorrow has engulfed us by the tragic news of what has befallen you and your family, by the senseless murder of your dear son, Hussam and prior to this calamity, your other precious possession, your other son, Khaled.

We have not the words to console you, but our prayers are to the great Almighty, to console and comfort you and yours, upon this great tragedy. Amen…..

…True Jews around the world, of course including in the entire Palestine, never have and with the help of the Almighty, never will accept the ideology of Zionism and never will recognize the realization of its heretical plan, the state of “Israel”.

We always have and always will, with the help of the Almighty, remain unaffiliated and estranged from this aberration and the will of Satan, “Zionism and the state of Israel”….

…In the Torah it states, that transgressing against the Almighty, will not be successful. This state of “Israel”, according to the Almighty’s Torah, must and will eventually end.

Let us all pray and beseech Him, to bring about the total, peaceful and speedy dismantlement of this illegitimate state soon in our days. With the Almighty’s benevolence, may He make this happen, without any further pain or suffering. Amen….

…We implore you to convey the message to the people in Gaza and Palestine, that there are untold thousands of Jews worldwide and in Palestine who stand with you and who entirely oppose Zionism and the state of “Israel” and bear no responsibility for the actions of the Zionists. Educate your people that when you meet Jewish people, do not consider them your enemy. We all serve the one God.

Once again, we constantly pray — worry and hope for you all.

May we merit to see soon in our days, the total, speedy and peaceful dismantlement of the state of “Israel”. (Source: Neturei Karta)
Posted by Kashmiri Nomad at 18:53:00
Labels: Israel , Jews , Terrorism
Anonymous says:
Yesterday, 5:49:17 AM
“The truth of the matter is that until the 19th century, religious Jews, even those who wanted the establishment of a Jewish State, were opposed to such a State being established in the Holy Land.

Then the secular Jew Hertzl came along and convinced non-religious Jews and later even many religious Jews that Zionism–the establishment of a Jewish State in the Holy Land–was the way forward.

After World War II, Western nations, hoping to assuage their guilt over their inaction or even complicity in the Shoa, made it possible for Hertzl’s secular, “political Zionism” to be imposed on the people of the Holy Land.

Sixty years later, this blasphemy before the Face of Hashem continues to poison the Holy Land. The modern State of Israel is NOT Zion, is not the land to which Moses led the Hebrew Children. The secular government of modern Israel is usurper. It has no validity in the sight of the Almighty. The throne of King David is vacant and will remain so until the Messiah comes.

The radical settler movement claims to base their policies on the Torah are bogus. They twist and pervert true Judaism. Some of their Rabbis justify the massacre of innocents in Gaza by trying to invoke collective guilt.

The only times in the past when it was Hashem’s will that entire collectivities were to be destroyed, the Almighty himself acted directly or he sent a Prophet to reveal his commandment.

The savagery now being wrought by the Israeli Defense Forces is NOT a act of Hashem; it is a blasphemy and a violation of the Torah.

Our Father Abraham held himself to a very high standard. He feared that he might have killed innocent people during the wars he waged (described in Genesis 14). According to midrash Tanhuma:

“Abraham excoriated himself mercilessly saying, ‘Perhaps among those whom I have killed there were some righteous men…’ (Tanhuma 3:14 on Gen. 15:1 )

The concept of individual responsibility for wrongdoing is encapsulated in the prohibition towards the end of the Torah:

This moral and religious norm appears elsewhere, in the Tanakh. For example, the prophet Ezekiel warns that:

How Muslims helped Ireland during the great famine