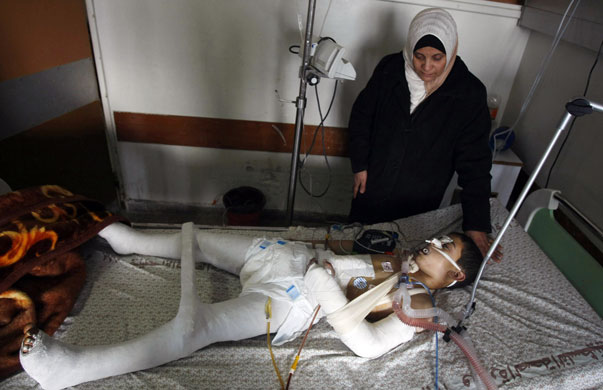 31 December: Hosam Hamdan in in Gaza City’s al-Shifa hospital intensive care unit after he was wounded and his two sisters killed in an Israeli air strike in Beit Hanoun, northern Gaza Strip. At least 25% of Palestinians killed during Israel’s massive offensive in the Gaza Strip have been civilians, the UN agency for Palestinian refugees said

Tags: The youngest casualties of the conflict in Gaza (13 pictures)