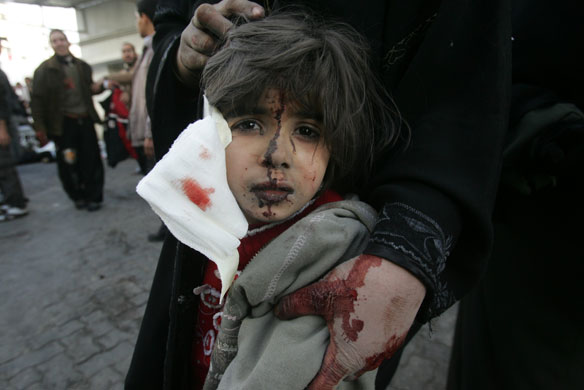 27 December: Amid thousands of images of civilian casualties of the Israeli airstrikes in Gaza, the solemn stare of one child appears to have stood out more than any other. Newspapers and broadcasters across the world selected the image of a young girl looking into a camera lens outside the Shifa hospital hours after an Israeli air strike

1 January 2009: Since Israel began its air attacks on Gaza on Saturday, at least 393 people have been killed and more than 1,650 injured. Militants in Gaza have fired rockets into southern Israel, killing four Israelis and injuring several dozen others