Muslim students at JNU being targeted by ABVP activists

New Delhi: In a setback to the secular culture and history of the prestigious Jawaharlal Nehru University in New Delhi, the right wing Hindutva groups, it seems, have strengthened themselves in the campus, and they are announcing it by their actions: in the last six months ABVP activists have carried out three attacks on Muslim students in the campus. The administration did take action but in a way that only emboldened the attackers.

The recent attack was on April 17 on a Ph.D. student. “I was outside the Lohit Hostel. Five students came up on bikes and started beating me without any provocation,” says Idrees Kanth. They were from the same group of people who had beaten up some other students in the past also, says he who lives at Lohit Hostel. 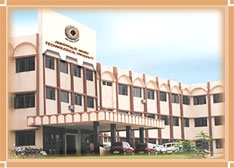 On March 17 this year another student Masihullah, from the same hostel, was brutally beaten in full public view by the Hindutva activists. “Five students from the same hostel beat up Masihullah in the mess room. The warden remained mute spectator as he was threatened by the attackers,” says Abhilash, a Ph.D. student living at the hostel for four years.

“They are not misguided youths, they are guided RSS activists,” says Abhilash adding that one of the attackers is son of a Rajasthan Congress leader.

In Ramazan last year, another student Iqbal Zia was also beaten by the same group. Apparently there is no such reason like personal enmity or student politics. Behind the attacks there is simply a communal agenda of the extremist group. In all incidents they have singled out Muslim students. By attacking and frightening Muslim students they may be seeking communal polarization in the campus.

Stanlee, a Ph.D. student who is living at Lohit Hostel for four years, says the attackers are hardcore ABVP activists. “Tension has prevailed Lohit since the beginning. Since it was opened for students four years ago, there have been a number of incidents, and in most cases ABVP activists have been involved,” says Stanlee. “There is no student politics behind the incidents. There is simply communal thinking behind the attacks,” he says. All victims so far are Muslims. There are about 300 students in the Lohit Hostel, of them Muslims are between 20-25. 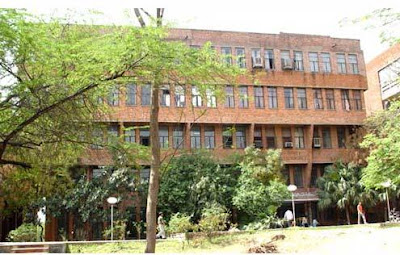 In Masihullah’s case action was taken against seven attackers. Three were declared out of bounds and four were transferred to different hostel. A fine of Rs 3000 was also slapped on them. But notice about the action was not pasted on notice board anywhere in the campus. And some time later the punishment was revoked.

The administration has taken the cases as a normal law and order issue. They have not acted against them seriously, says Abhilash.

“In my case they have not taken any action. They say the accused are last year students. We cannot take hard action against them. This will affect their career,” says Idrees. “The problem is not just these incidents. Problem is rather deeper. The administration is fast turning anti-minority,” says he.

No difference between congress and BJP

Their are no difference in between congress and BJP. Tese two are the different side of the same coin.

A remedy for fear of the American Muslim takeover

Muslims are good for Britain