New Delhi: In an incident which the local people described as a calculated move by the police to vitiate the communal atmosphere on the eve of the elections in Delhi, a police team from Nizamuddin Police Station on May 5 allegedly demolished some portions of the Madina Masjid near Delhi Public School in Sunder Nagar area near Nizamuddin Dargah.

According to eyewitnesses, a police team comprising 8-10 policemen in the leadership of Nizamuddin Police Station SHO came to the mosque around 12:30 pm on Tuesday. Without any provocation they started pulling down the asbestos sheets structure on the veranda of the mosque. Locals said the police also demolished wazukhan (place of abulation.) 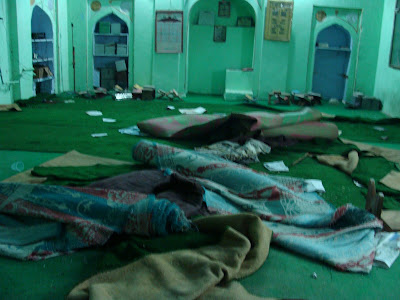 When TCN reached the mosque it found the inside of the mosque ransacked. Prayer mats, books and rehals were strewn over there. The locals also alleged that the children of the madrasa attached to the mosque were also roughed up by the policemen. The children were sleeping when the policemen came. They used filthy language for them and roughed up them.

“Over the time the police have been threatening us. Whenever we put up a sheet or do some temporary construction on the land of the mosque, police come and threaten us,” said Muhammad Islam, imam of the mosque. 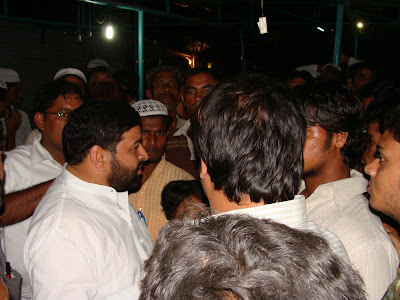 Local people got enraged that the mosque and the adjoining land are the properties of the wakf board yet the police have pulled down the sheets and ransacked the wazukhan. They took away the sheets and the water taps fitted in the wazukhana, the locals said.

When TCN tried to know from ACP Gurucharan Das who was visiting the site, he said he was looking into the case and verifying about the incident. People surrounding him did not seem to be satisfied with his statement. 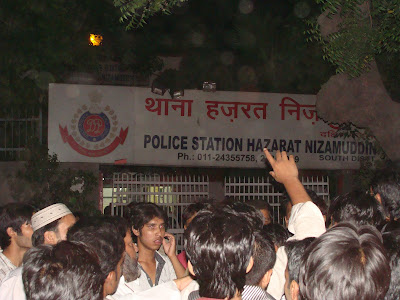 The news about the incident has already spread. People began gathering near the mosque. About 10:30 pm about 200 people marched towards the Nizamuddin Police Station. They were shouting anti-police slogans. When they reached the station they blocked the road on both sides causing halt to the traffic for about half an hour. The mob also threw stones on the road and forced some vehicles to retreat.

Locals said the incident was planned to instigate Muslims and vitiate the communal atmosphere before the voting due on May 7. The election campaign ended on May 5. Nizamuddin area falls in the East Delhi Lok Sabha constituency for which among others Delhi CM Shiela Dikshit’s son Sandeep Dikshit (Congress) and Chetan Chauhan (BJP) are in the fray.

Muslims the focus of misplaced fears