New Delhi: Some important documents related to the Babri Masjid case
seem to have been destroyed in the Lucknow secretariat of the Uttar
Pradesh government as it has been unable to produce them before the
special court since 2002.

Despite several orders by the special court hearing the case, the
state government could not produce the files comprising correspondence
between the Chief Secretary and the authorities of Faizabad district.
In 1949 Prime Minister Jawaharlal Nehru had sent a telegram to the
chief minister of Uttar Pradesh asking the authorities to remove the
idols forthwith. That important telegram is also missing from the files
of the secretariat. 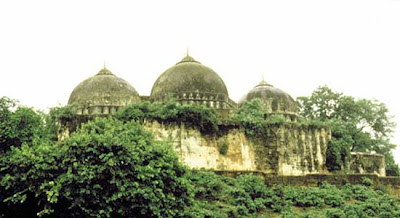 “The 1949 correspondence between chief secretary and authorities of
Faizabad includes different letters and a telegram of PM Jawaharlal
Nehru to Chief Minister of UP that idols should be removed forthwith.
The court has been seeking the documents since 2002 but the government
was delaying. When the court became tough the chief secretary appeared
before the court in person last week. He told the court there was no
such file in the secretariat,” Advocate Mushtaque Ahmed Siddiqui
looking the case along with Advocate Zafaryab Jilani told
TwoCircles.net on phone from Lucknow.

The court has expressed its anguish on how the papers were destroyed when the case is open.
How significant are the missing papers? “Though the Babri Masjid is
established with other evidences, if court gets the government records
it will be weightier,” the advocate said.

Could there be some conspiracy to destroy or misplace the documents?
“Some authorities below the chief secretary level want that those
papers do not reach the court. Their purpose could be just to delay the
case,” Advocate Mushtaque said.

He, however, said the state government will be forced to find the
papers. The court asked the government to either declare that the
papers were never with them or give details as to how and when they
were destroyed and what action was taken against those responsible for
it.