Kamala Suraiya: The literary star of Kerala is no more

The epitome of love, the dear writer of Kerala Dr. Kamala Suraiya
has bid farewell to this world. Malayalis’ own Madhavikkutty who
secured an unforgettable place in the world of literature will now live
in the hearts of millions through the works that eternalize her. The
great writer who had been ailing for some months passed away at 1.55 am
on 31st May in the Jahangir Hospital in Pune. She will be interred at
the Palayam Juma Masjid in Thiruvananthapuram with State honours
tomorrow. She was 75 and is survived by three sons. 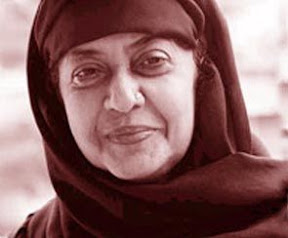 Kamala was born in a family of eminent writers in a traditional
Hindu family in 1934. Her mother Nalappattu Balamaniyamma was a famous
Malayalam poet. She spent her childhood in Kerala and Kolkatta where
her father worked. She got married to Madhav Das when she was only 15.
It was after she gave birth to her first child that Kamala began
writing. Madhav Das offered his whole-hearted support to the budding
writer in his wife. Her very first book ‘Summer in Calcutta’ (1965) was
indeed promising. She wrote mainly of love, betrayal and the anguish
that follows. She was never a feminist but brought out the problems of
women through her works. Loneliness was a presiding factor in most of
her works. She believed in writing everything openly, without any
reserves, be it about anything. And this very nature gained her
garlands and thorns alike. She wrote her autobiography when she was
only 42 – ‘My Story’. And the work brought her more applauses and
criticism than any of her other works. Besides poems, short-stories and
novels, she also wrote columns about various topics. She made her
presence felt in the field of painting too.

She has received many awards in the country and abroad. She received
the Asian Poetry Prize, the Asian World Prize, the Kerala Sahitya
Academy Award and the Ezhuthachan Award among others. She was even
nominated for the prestigious Nobel Prize in 1984. Her important works
are ‘The Descendants’ and ‘Only the Soul Knows How to Sing’ (English)
and ‘Neermathalam Pootha Kalam’, ‘Thanuppu’, ‘Vandikkaalakal’, etc in
Malayalam.

She wrote in three names which clearly state three stages or parts
in her life. She wrote in the name Kamala Das in English. She adopted
the pseudonym Madhavikkutty when she wrote in Malayalam. And after she
reverted to Islam, she wrote under her new name, Kamala Suraiyah.
However, she was fondly called Aamy by those who loved her.

Madhavikkutty embraced Islam in 1999, when she was 65. She announced
her becoming a Muslim while speaking at a public function. As always,
she received much criticism for this turn in her life too. Majority of
the intellectuals and writers who speak high of freedom of expression
criticized this decision in her life, but her sons stood by her in all
crises. Especially her eldest son M.D. Nalappatt gave his complete
support in whatever decision she took in her life.

In the final days of her life she was in Pune with her youngest son.
Her sons wanted to take her with them due to her oldage ailments. She
left for Pune in1997 since she felt that she was no more loved in
Kerala.

“If love is not to be had, I want to be dead…” So she wrote in her
poem ‘Suicide’. She lived for love, and when she felt she was not
receiving love back, she felt very bad.

And her fear is now repeated in the words of many writers after her
death. Dr. M. Leelavathi, renowned writer and Padmavibhushan
Award-winner, says, “Kamala Suraiyah did not get much recognition from
the Malayalam literary field. Her demise has brought irreparable loss
to Indian literature.” Dr. Leela Menon, renowned journalist, and
Sukumar Azheekode, famous critic, both feel that they should not have
let Suraiyah go away to Pune. Prime Minister Manmohan Singh expressed
grief at the death of the great writer. He recalled that Suraiyah’s
“achievements extended well beyond her verses of poetry.” M.D.
Nalappattu recollects that his beloved mother wanted to come back to
Kerala, towards her death, but fate had decided otherwise.

And thus Kerala has lost its dear Madhavikkutty, and the world of literature a daring and loving writer.

And They Called it Women’s Liberation