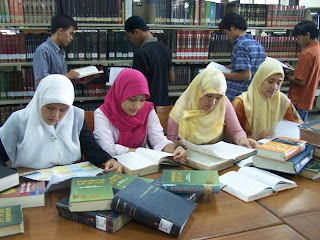 Islam is the religion of peace, and it is one of the most sacred and trustworthy religions and in Islam to seek knowledge is a sacred duty, it is obligatory on every Muslim, male and female. The first word revealed of the Qur’an was “Iqra” READ! Seek knowledge! Educate yourselves! Be educated.

“Without education, man is as though in a closed room and with education he finds himself in a room with all its windows open towards outside world.”

The reflective book of Holy Quran is so rich in content and meaning that if the history of human thought continues forever, this book is not likely to be read to its end. Every day it conveys a new message to the humanity. Every morning, Quran Recitation gives us new thoughtful ideas and bound us in the boundaries of ethics.

Islamic Education is one of the best systems of education, which makes an ethical groomed person with all the qualities, which he/she should have as a human being. The Western world has created the wrong image of Islam in the world. They don’t know that our teachings are directly given to us from Allah, who is the creator of this world, through our Prophets. The students of an islamic school are well groomed, ethical, educated and best citizens than that of other schools.

The Muslims all over the world are thirsty of acquiring quality education. They know their boundaries and never try to cross it. It is the West, which has created a hype that the Muslim are not in a path of getting proper education. They think that our education teaches us fighting, about weapons, etc., which is so false. This is true that there are certain elements, which force an individual to be on the wrong path, because as we will mould a child, they will be like that, but it doesn’t mean that our religion teaches improperly to us.

Posted by IslamicThoughts at 11:03 PM

The demand for Muslim schools comes from parents who want their children a safe environment with an Islamic ethos.Parents see Muslim schools where children can develop their Islamic Identity where they won’t feel stigmatised for being Muslims and they can feel confident about their faith.Muslim schools are working to try to create a bridge between communities. There is a belief among ethnic minority parens that the British schooling
does not adequatly address their cultural needs. Failing to meet this need could result in feeling resentment among a group who already feel excluded. Setting up Muslim school is a defensive response. There are hundreds of state and Church schools where Muslim pupils are in majority. In my opinion, all such schools may be designated as Muslim community schools. There is no place for a non-Muslim child or a teacher in a Muslim school because bilingual Muslim children need bilingual Muslim teachers as role models during their developmental periods.