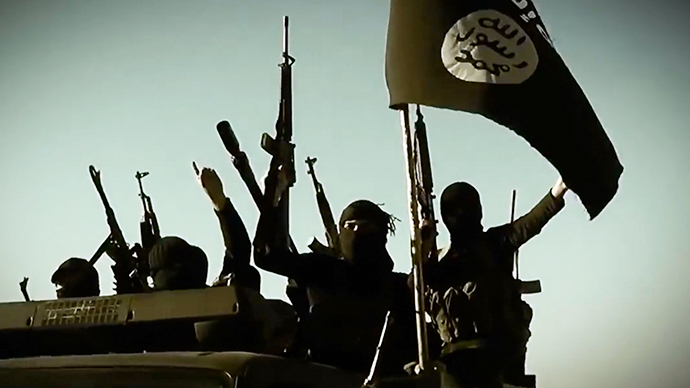 A large group of Islamic theologians addressed the head of the Islamic State in an open letter, articulately accusing the movement of practices that have nothing to do with Islam, even rejecting the extremists’ right to call themselves jihadists.

Over a hundred Muslim scholars and clergymen from all over the world have released on Wednesday an address to Islamic State (IS, formerly ISIS) leader Abu Bakr al-Baghdadi, accusing the self-proclaimed caliph and his army of heinous war crimes and violation of fundamental principles of Islam, illiterate use of Islamic scripture torn from the context and perversion of the rules of morality and Sharia law.

“Who gave you authority over the ummah [Muslim people]?” the letter questions. “Was it your group? If this is the case, then a group of no more than several thousand has appointed itself the ruler of over a billion-and-a-half Muslims. This attitude is based upon a corrupt circular logic that says: ‘Only we are Muslims, and we decide who the caliph is, we have chosen one and so whoever does not accept our caliph is not a Muslim,’” the document said.

The letter has been published in two languages, Arabic and English, on a specially-created website. Though the document goes into in-depth analyses of the nuances and exegesis of Islamic texts, the general message is combined on the very first page of the address, outlined in 24 essentialsdowntrodden by the militants of the Islamic State – according to the authors of the letter.

The absolute majority of the essentials detailed in the letter – 20 out of 24 – have to do with acts forbidden in modern Islam. They deal with many aspects of noble human life: prohibiting such acts as killing of the innocent, prisoners and emissaries (journalists included), denying women and children their rights, the re-introduction of slavery, torture, disfiguring the dead and destroying graves, harming or mistreating believers of other religions of the Scripture, starting armed insurrection, declaring caliphate “without consensus from all Muslims,” as well as issuing fatwas (legal rulings, interpretations of the Islamic law) without proper religious education, mastery of the Arabic language,“oversimplify[ing] Sharia matters” and even “ignoring the reality of contemporary times.” As the authors of the letter observe, all of those interdictions have been ruthlessly violated by the leadership and members of the Islamic State.

In particular, the document stresses the unprecedented number of people executed by the Islamic State militants for their beliefs.

“You have killed many innocents who were neither combatants nor armed, just because they disagree with your opinion,” the letter said, denying the Islamic State the right to call the faithful to jihad. “There is no such thing as offensive, aggressive jihad just because people have different religions or opinions.” An image made available by the jihadist Twitter account Al-Baraka news on June 16, 2014 allegedly shows Islamic State of Iraq and the Levant (ISIL) militants executing members of the Iraqi forces on the Iraqi-Syrian border (AFP Photo / HO)

“Jihad is a noble concept in Islam,” told VICE News the national director of the Council on American-Islamic Relations, Nihad Awad. “It is the right to defend oneself and one’s country. But people cannot take it into their own hands. As an act of aggression, it is a violation,” he said.

“They claim to be jihadists, but they are not. I urge everyone not to refer to them as jihadists,” Awad added.

The letter specifically focused attention on POWs being executed by the Islamic State in their thousands in Iraq and Syria. An image grab taken from a video uploaded on Youtube on February 19, 2014, allegedly shows militants from the Islamic State of Iraq and the Levant (ISIL) executing a group of Iraqi soldiers at an undisclosed location the Iraqi Anbar province (AFP Photo / HO)

“You have killed many prisoners,” the document states, addressing Abu Bakr al-Baghdadi and his men,“including the 1,700 captives at Camp Speicher in Tikrit in June, 2014; the 200 captives at the Sha’er gas field in July, 2014; the 700 captives of the Sha’etat tribe in Deir el-Zor (600 of whom were unarmed civilians); the 250 captives at the Tabqah air base in Al-Raqqah in August, 2014; Kurdish and Lebanese soldiers, and many untold others whom God knows. These are heinous war crimes,” the address states.

An image uploaded on June 14, 2014 on the jihadist website Welayat Salahuddin allegedly shows militants of the Islamic State of Iraq and the Levant (ISIL) executing dozens of captured Iraqi security forces members at an unknown location in the Salaheddin province (AFP Photo / HO)

The children who died in IS attacks or were used in combat were added to the list of shameful IS deeds.

“In your schools some children are tortured and coerced into doing your bidding and othe
rs are being executed,” the letter says. “These are crimes against innocents who are so young they are not even morally accountable.”

The letter also calls attention to frivolous handling of the holy texts and intentionally-selective citation of certain passages in order to legitimize atrocities perpetrated by the IS.

“It is not permissible to quote a verse, or part of a verse, without thoroughly considering and comprehending everything that the [Koran] and Hadith relate about that point,” the letter notes.

“It is known that all religions forbid the killing of emissaries,” the letter said. “Journalists — if they are honest and of course not spies — are emissaries of truth, because their job is to expose the truth to people in general.” The slavery that returned to the Middle East with the rise of the Islamic State was not ignored in the document either.

Despite Islam’s consensus taking decision to abolish slavery over a century ago, “Islamic State militants have captured women from minority communities and forced them to marry fighters or sold them into slavery.” The most effective ideological critics of the IS should come from within the Muslim community, shared Nihad Awad, who believes that the open letter is “intended for a conservative audience” and is “very convincing.”

“People should know that what ISIS is doing is not Islam,” Muzammil Siddiqi, the chairman of the Fiqh Council of North America, which facilitated publication of the letter, told VICE News. “It’s important that a large number of scholars are speaking up and saying this is wrong.”